MOB: Sending in a Second Soul?

TFE LIVE: Today, Richard Pound (CAN), longest serving member of the IOC, with his views on the postp

SAN FRANCISCO – The Nacra 17 Class has been quick to react to the latest rudder strike accident, which injured Danish sailor CP Lübeck in the Oceanbridge NZL Sailing Regatta 2018 on Sunday. Lübeck fell overboard and was struck by the rudder foil. He required surgery on a deep cut on his left leg. He has been discharged from the hospital and is said to be recovering well and is expected to be sailing again soon.

Class officials contacted World Sailing, which has set up a sailing-wide safety database where anyone with relevant knowledge of an accident can log safety concerns. WS encourages all sailors who have been injured or involved in close calls to log them so the issues can be addressed.

Sailing Illustrated's Tom Ehman reported on the incident in his Tuesday's with TFE live video podcast earlier this week.

The accident happened when Lübek’s trapeze hook broke, dropping him into the water, where he was hit by the rudder.

Credit goes to the Nacra 17 Class, which has been more forthcoming after this accident than it was after U.S. Olympian Bora Gulari lost parts of three fingers when his foiling Nacra 17 capsized while training last summer. The original report was that Gulari’s fingers were injured when they were caught in the rigging, but others believe his hand came in contact with the edge of a foil. Gulari said the capsize happened so fast that he wasn’t really sure.

“From a Class perspective our immediate concern is that rudder strikes are occurring too frequently to be called isolated incidents,’’ he said in a statement. “Further, the consequences of a rudder strike are greater than typically found in other dinghy or standard catamaran sailing due to the fixed/locked nature of the rudders and the increased speed of the boat on foils.’’

The class association said many falls overboard, with subsequent rudder strikes, have been due to failure of the trapeze systems. “We recommend and encourage all sailors to focus on safety, particularly by inspecting the integrity of your trapezing system,’’ the class said.

It suggested frequent inspection of rope wear, fitting wear, corrosion or discoloration of metal, deformation of metal and partial wire failure; suggested the installation of redundancy and winding rope around trapeze hoops so if the metal fails, the rope catches the hook; using a spreader bar harness so that if one side fails the sailor will remain attached via the other side; or tying port and starboard trapeze line origins to each other so if one fitting fails the other catches the falling one.

The part that failed was a Ronstan trapeze ring. Ronstan confirmed that this part was redesigned and re-released in April 2017. The class suggests extra vigilance for older versions.

Sailors should inspect the parts they are using and be aware there could be different parts on the market beyond the brand and the general look of the part, the class said.

“We have heard reports of other brands of trapeze hoops failing as well. Another frequent area of failure as at the point where the hook hangs on the hoop. This is especially prevalent if there is wear on the metal surface or distortion of the hoop to create a point. There is a developing market for custom hoops to counter the failures of standard parts. Inspect what gear you are using and be sure you are confident it is sufficient for the task and in good working order."

Noting that sailors can fall overboard due to other reasons, the class made safety suggestions that include carrying a whistle, ensuring helmet brightness and wearing personal protective equipment for cut and impact protection.

The Nacra 17 Executive has also fielded several suggestions to reduce the frequency of board and rudder strikes through engineering changes. “We have initiated an initial engineering review of the options communicated and we expect to hear a preliminary report by the end of February. Other engineering study requests by the Class to Nacra Sailing have been suspended for this period so that investigating these safety related options remains the priority.’’

"I have made a short update of the situation and I just talked with CP to be sure that what you get from me is correct. He is doing well but of course not happy of the situation. I hope you can use these informations. I attach pictures from the hospital and the ambulance and of his wounds and you are welcome to use them. The picture from the ambulance is taken by [his coach] Coen de Koning, the picture at hospital is taken by [his skipper] Lin Cenholt, and the pictures of the wounds are taken by [his girlfriend] Jaime Ryan.

"CP´s trapeze Hook broke during the racing and sent him in the water where he was hit by the Rudder. The Rudder sliced his left leg just under his knee on the back side. The cut was deep and almost into the bone but, as far as I understand, without damaging the bone. One of the arteries that supply the muscles with blood was cut and he was bleeding quite much when laying in the water. The New Zealand Nacra 17 team, Liv Mackay and Micah Wilkinson, came just after and stopped to help CP when they experienced that it looked very serious. Micah jumped into the water and took care of CP helping him trying to stop the bleeding until CP and Lin´s coach, Coen de Koning, arrived in a RIB. Micah and Coen together brought CP ashore trying to stop the bleeding and calling an ambulance. Coen followed CP to the hospital.

"At the hospital, he was operated a few hours after he arrived. His girlfriend Jamie, together with Lin, Coen and the hospital staff was taking good care of him during his stay at the hospital. CP came out of hospital today and is now staying in the house where he has been living during his three-month stay in New Zealand. The family is very helpful and is taking care of him at present. I still don’t know when he will return to Denmark.

"I have talked with CP and his younger brother, Mads Emil “Smil” (49er sailor), about the trapeze hook, and they both say that some of the trapeze hook brands are not sufficiently strong for the 49er and Nacra dinghies, because they break too easily when the crew work hard during racing. It is not always possible to see if the hook has been used too much and should be replaced. It seems that the hooks have to be much stronger than they are.

"The trapeze itself should always be checked. Whether, it would help to make the rudder and the foils less sharp I don´t know. Perhaps it would be possible to protect the body with specific clothes that the foils and rudder cannot cut through in order to prevent dangerous damages on the body.

"We, my wife (Mette) and I, are very grateful for the way people have been helping CP and still are helping him."

So, too, is Sailing Illustrated. And, again, we appreciate the class treating this serious incident in a refreshingly open and forthright manner, as well as the actions apparently being taken by the Kiwi federation and World Sailing.

Special thanks to CP's parents for their reportage, and our best wishes to CP for a speedy recovery. 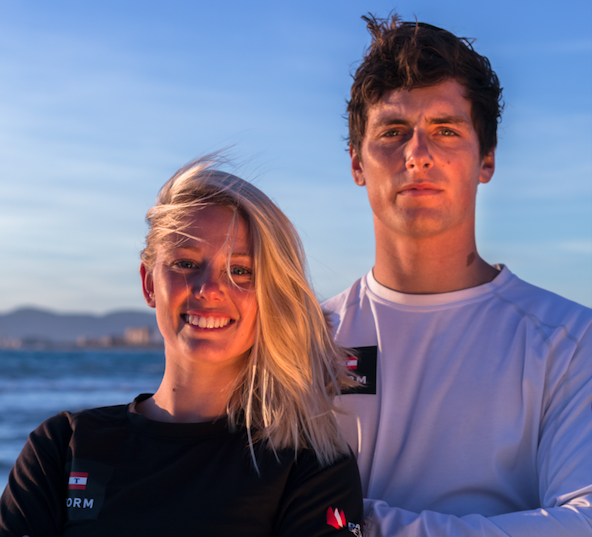 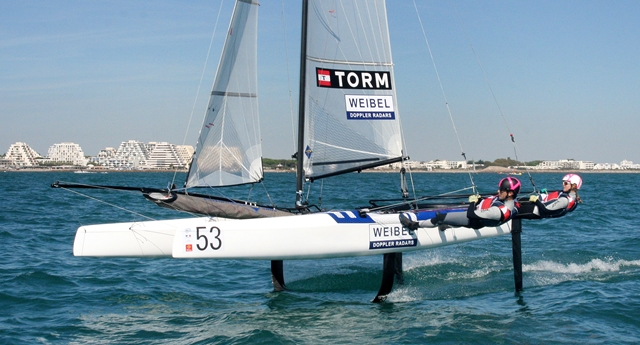 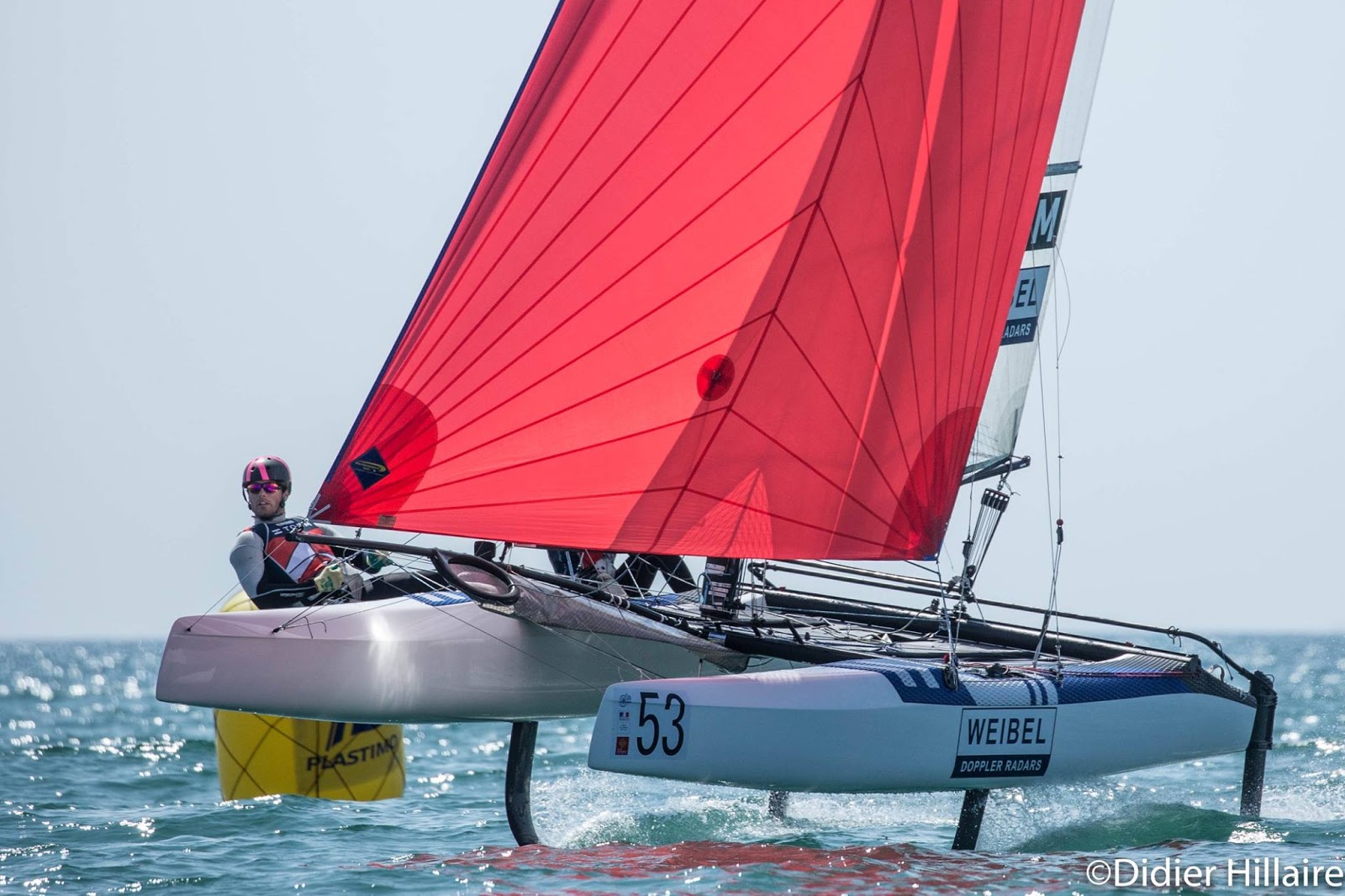 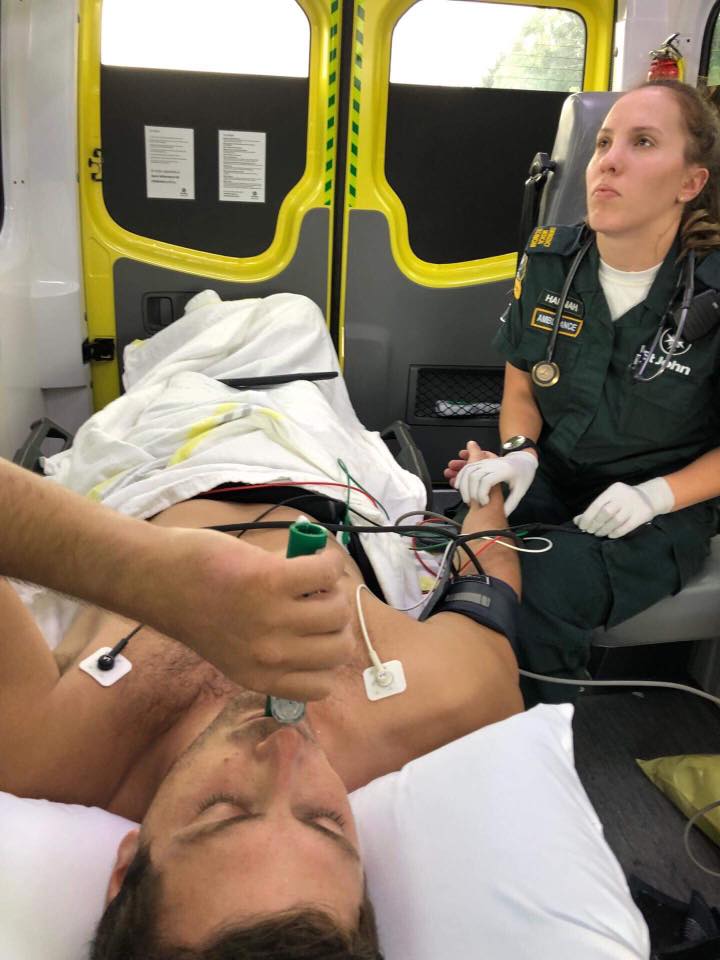 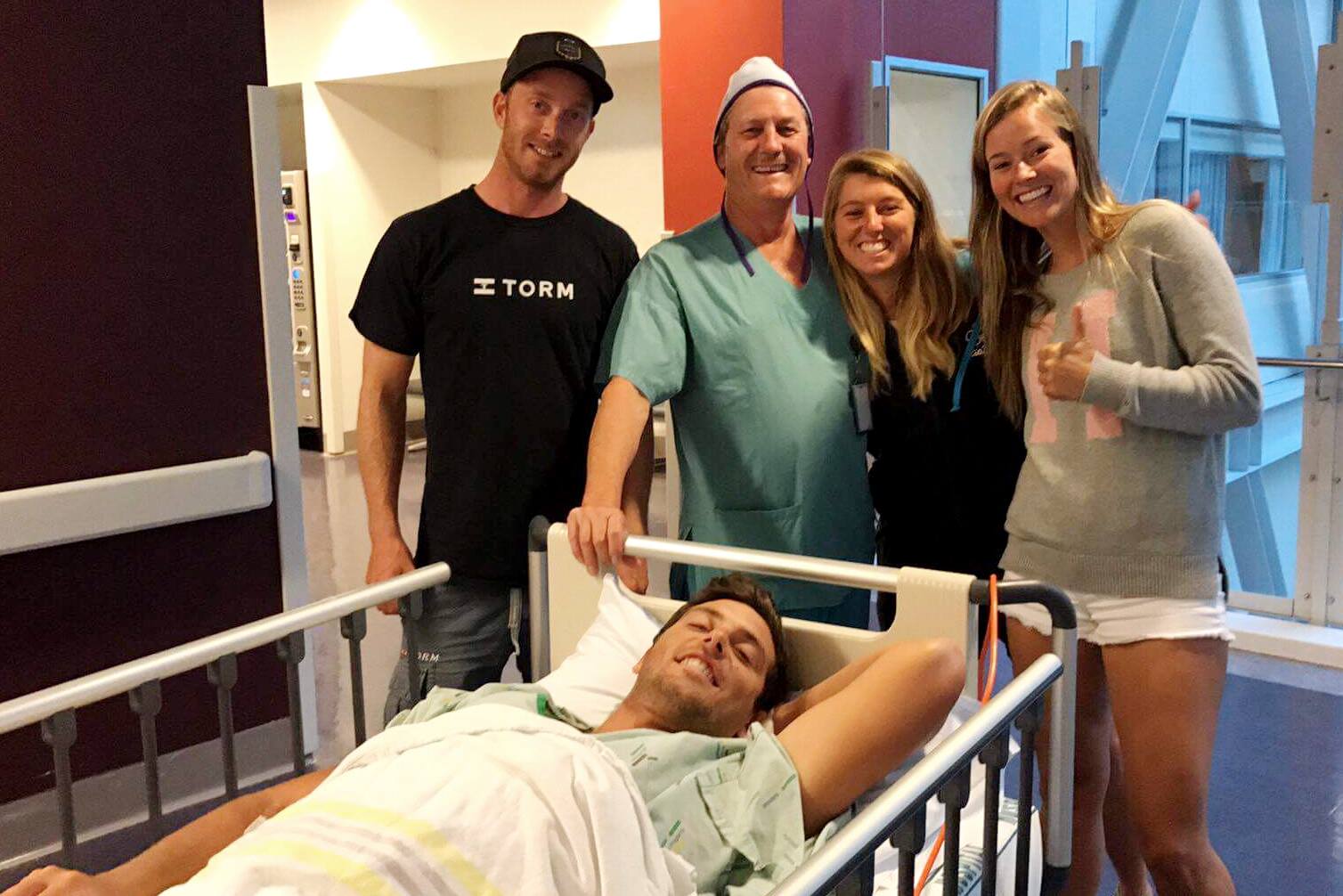 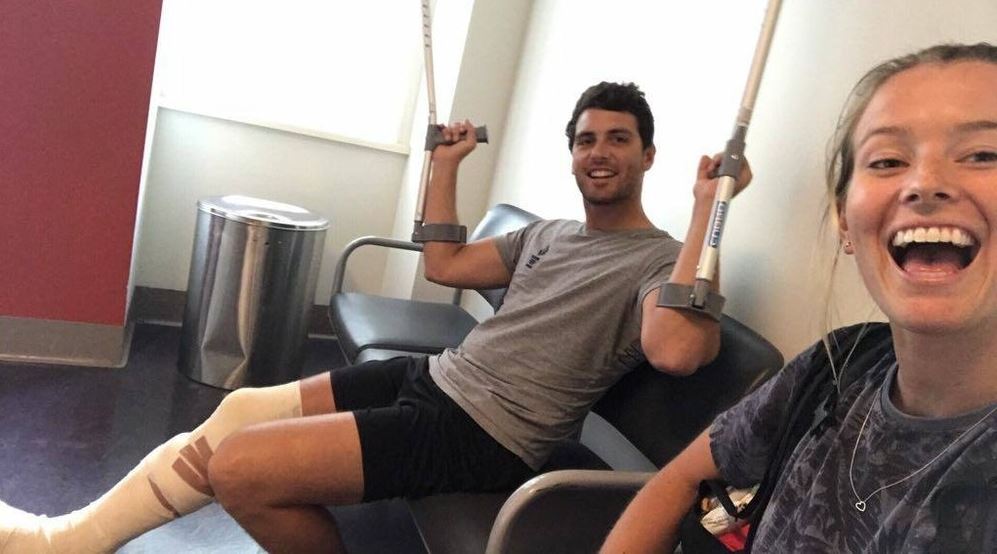